Home About MISO Board of Directors and Leadership Leadership John R. Bear 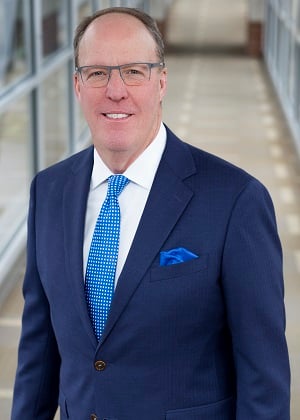 John Bear joined MISO in 2004 and has more than 25 years of executive leadership in the utility industry. As Chief Executive Officer of MISO since January 2009, he leads MISO’s continuous efforts to work collaboratively and transparently with its members to reliably deliver low-cost energy through efficient, innovative operations and planning.

Prior to his current position, Bear was MISO’s President and Chief Operating Officer, overseeing the initial design, implementation and daily operation of MISO’s energy markets and transmission system planning.

Previously, Bear was President of Houston-based Reliant Resources where he directed all operations and commercial activity for 14,000 megawatts of generation as well as serving as Managing Director of Reliant’s European Operations.

He is currently Board Chairman of the Energy Systems Network (ESN), an initiative focused on bringing “clean technology” solutions to market.

Bear is also a member of the Governance Board of the Ohio, Kentucky and Indiana Chapter of the Make-A-Wish Foundation and served as vice-chair of the Indiana Regional Board.

Bear was recently appointed to the board of the Electric Power Research Institute (EPRI), a non-profit which focuses on energy and environmental research.

He served on the Nuclear Energy Advisory Committee which provided input to the U.S. Department of Energy on matters related to their Nuclear Energy program.

Bear serves as Vice-President (and incoming 2023 President) of the GO15, the world’s largest power grid operators. The GO15 shares knowledge on key issues representing more than 75 percent of the world’s electricity demand and 3.4 billion customers on 6 continents.

He is a former Board member of NERC regional entity ReliabilityFirst, and a founding board member of the Amsterdam Power Exchange (APX).